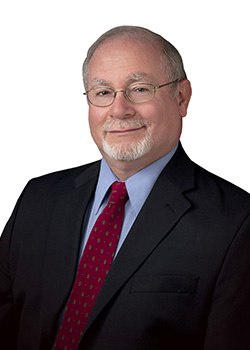 Joel is licensed to practice only in Michigan and his practice in the District of Columbia is limited to matters and proceedings before federal courts and agencies in accordance with D.C. Ct. App. R. 49(C)(2) and (3).

Prior to joining Hudson Cook, Joel was Vice President for Government Affairs and Chief Privacy Officer with ID Analytics, Inc. in San Diego, CA. He was responsible for government relations and corporate compliance with privacy and financial services laws.

Joel has extensive government and private sector experience in handling law enforcement investigations, consent negotiations, and litigation; rulemaking; public policy development; industry guidance; and consumer education. While at the FTC, among other honors, he was the recipient of a Presidential Rank Award of Meritorious Executive and the Chairman's Award, the FTC's highest award.

Joel received his B.A. and law degrees from the University of Michigan and is a member of the Michigan State Bar Association.