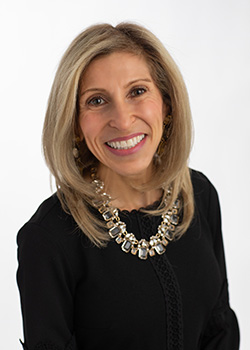 From 1992 to 1997, Patty was an attorney with Maloney, Barr & Huennekens, P.C, engaged in a commercial practice, representing banks, creditors and Chapter 7 Bankruptcy Trustees in matters relating to bankruptcy and commercial loan transactions, and representing closely-held companies in mergers and acquisitions, commercial contracts and corporate matters.

Among her many accomplishments, Patty was recently named to the inaugural list of Women in Auto Finance by Auto Fin Journal, and is a Fellow of the American College of Consumer Financial Services Lawyers. She is actively involved in a number of trade associations, including the American Bar Association's Business Law Group, Consumer Financial Services Committee, for which she served as Chair of the Privacy Subcommittee, Vice-Chair of the Privacy Subcommittee, and Liaison to the Gatekeeper Task Force. Patty is the co-founder of the National Automotive Finance Association's Consumer Credit Compliance Certification Program and serves as co-instructor of the program. Patty is a founding board member and past president of the National Association of Dealer Counsel, a member of the American Financial Services Association's State Government Affairs Committee, Vehicle Finance Board, Operations and Regulatory Compliance Committee and Counsel to Ancillary Products Working Group, and serves on the Governing Committee of the Conference on Consumer Finance Law.

National Association of Dealer Counsel 2004 to Present: Board of Directors, Past-President, Founding Board Member

Fellow of the American College of Consumer Financial Services Lawyers

Governing Committee of the Conference on Consumer Finance Law