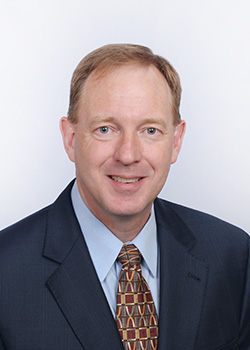 Curtis joined Hudson Cook in 2017 as Of Counsel and practices in the firm's Fort Worth, Texas office.

Prior to joining Hudson Cook, Curtis was Executive Vice President, General Counsel and Secretary for Cash America International, Inc., a publicly traded specialty financial services company. Curtis joined Cash America in 1995, became General Counsel and Secretary in 2005 and became Executive Vice President, General Counsel and Secretary in 2006. He served in that role until the fall of 2016 when the company was merged into another publicly-traded company. As General Counsel of Cash America, Curtis reported directly to the CEO and served as a member of the company's Executive Leadership Team (C-Suite). During his tenure as General Counsel, Curtis was the legal advisor for the company's Board of Directors and its C-Suite. As a member of the Executive Leadership Team, Curtis provided general corporate business and strategic counsel, as well as represented the company on regulatory compliance, regulatory exams (including state and federal (CFPB) exams), product development, collections, corporate governance, securities, finance, mergers and acquisitions, real estate, employment, domestic and international operations, marketing, intellectual property, risk management, government relations, corporate communications, executive compensation and other general corporate and administrative matters. Curtis has experience directing and overseeing domestic and international legal and compliance matters for both storefront and e-commerce diversified financial services businesses. Curtis was responsible for establishing Cash America's first formal compliance department and building out a robust compliance management program, including developing staff, formal policies and procedures, training, monitoring and testing programs and Board reporting, all geared toward the complex regulatory compliance environment for the financial services industry.

Curtis joined Cash America in 1995 as Director, Associate General Counsel where he served as lead counsel for the Company and its subsidiaries in all real estate, construction, franchising, acquisitions, intellectual property and general corporate matters until being promoted to General Counsel in 2005.

Prior to joining Cash America, Curtis was an associate real estate attorney from 1990 - 1995 with Kelly, Hart & Hallman, P.C. in Fort Worth, Texas.

Curtis received his law degree in 1990 from the University of Kansas where he was a member of the Order of the Coif. He also holds a B.S. degree in Marketing from Kansas State University. He is admitted to practice in the State of Texas.

Opens in a new window Opens an external site